Order of the Obsidian Tower 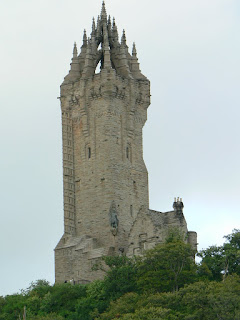 The Order of the Obsidian Tower is a society of wizards dedicated to the acquisition and control of magic. It is based in Spÿre but maintains chapter houses throughout Karnathas, Aeranoth, and Zarkhir. Members of the Order are feared and respected (mainly feared) due to the resources the organization is said to possess.

The Order is primarily concerned with the preservation of arcane knowledge. Its members believe that magic in the "wrong hands" is dangerous - whether the nethermagic once wielded by the Mystarchs, or a powerful magic item acquired by an adventurer, or anything used by the Blood of Aan.

The Order's secondary goal is the protection of arcane spellcasters, whether members or not, and even if they aren't wizards or sorcerers. Though the Thaumaturgical Wars have been over for some time, there is still a lingering distrust towards wielders of arcane magic. The Order does what it can to protect spellcasters from prosecution and imprisonment.

"We are the guardians of magic's secrets."

The Order's beliefs can be summarized as follows:

Gather lost lore and magic from Marasinia and the ancient empires of the Second Age, and keep it safe within the confines of the Order. Protect the secrets held by the Order. Aid other casters who may need protection.

Typical Order quests include plundering ancient ruins for magic items, spellbooks, or artifacts; thwarting the plans of the Blood of Aan; and rescuing wizards or sorcerers who've been falsely imprisoned.

April 08, 2019
When it comes to dungeon maps, I favor utility over artistry. Maps with rendered furniture and torchlight shadows are nice, but if they’re only seen by the GM, they’re not very practical. I want maps that are clear and make layout with dungeon tiles easy. If they can convey additional information without being too busy, all the better. Given the above, I really like this map of the venerable “Caves of Chaos” I found on The RPG Cartography blog . Not only is it practical but it contains a lot of useful information without being overdone. The only thing it’s really lacking is a square grid, though that might have clashed too much with the other elements (maybe tick marks on the outside of the walls could have been substituted...?). I’m not sure how much use I’ll get out of this map, but it’ll definitely be a model for ones I make myself in the future. (Note: The first link is to a JPG of the map, but the PDF you can download from the second link is much higher quality).
Read more