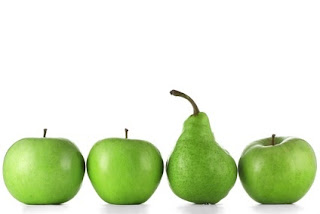 That said, I do consider there to be two types of “house rules”: rules changes and option availability. The former are actual changes to existing rules, like saying that active Perception rolls can’t be lower that a character’s passive Perception score, or that items need to be saves if their possessor fails their’s (assuming you’re playing 5E rather than 1E). Option availability is different - this is what races, subclasses, backgrounds, etc. are allowed. Still a “house rule”, but not being able to play a halfling or a wild mage sorcerer doesn’t change the rules of the game, it just limits what you can choose from when creating your character. I’m more flexible on this kind of house rule since I feel those are necessary to represent a setting and keep it from becoming a generic “kitchen sink” type of world.

What about variants, such as those from the 5E DMG? They’re “official” but what’s used and what’s not would still fall under the “option availability” category...mostly.

My opinion about minimizing house rules (the “rules changes” type, at least) is that at some point if you have to keep changing the rules of the game, maybe you’d be better off playing a different game. I remember years ago during the 1E/2E era running across a Word doc online (PDFs really weren’t a thing until much later) called “ED&D” or “Enhanced D&D” which was a couple hundred pages of the author’s house rules. I remember wondering why the guy didn’t play something else or just create a new game (these days, that’s likely what they’d do, and publish it through a Kickstarter...).

I’d say if your house rules can’t fit on a single printed page, you may want to think about whether a different game is in order, or whether the changes you’re making are necessary.
game-theory

Unknown said…
I have to say House Rules are kind of important. Namely for the flavor of the group your running game with. If some mechanics are too in depth then a house rule to eliminate that adds to the speed of the game allowing for a more enjoyable game experience opposed to filling 3 hours with Mechanics and unneeded rolls.
8:59 AM

Bruce Gulke said…
I have to say House Rules are kind of important.
They can be, sure - but I didn't say anything about the "importance" of House Rules. My point was that if you keep adding house rules, at a certain point you need to ask yourself whether you should be playing a difference game.

Namely for the flavor of the group your running game with.
Not quite sure what that means. If your house rules are to accommodate your group, that just reinforces the idea that the group is looking for something different from what you're running. It also would tend to make the game insular and uninviting to new players. If your Pathfinder's game house rules have turned it into FATE, you're not going to keep anyone new who was expecting a standard Pathfinder campaign.

If some mechanics are too in depth then a house rule to eliminate that adds to the speed of the game allowing for a more enjoyable game experience opposed to filling 3 hours with Mechanics and unneeded rolls.
In my experience, most of the time the house rules add complexity rather than remove it. And usually they don't really add anything meaningful to the game, they just accommodate some fetish of the person running the game. And if you're removing complexity, you need to understand how that affects other parts of the system. Most of the time when I've seen that the implementer hasn't thought through the ramifications of what they've done, which in turn makes the game even more broken.

To summarize, I'm saying that house rules are fine, but make sure they add real value to your game. And if you have too many of them, try looking for a different system more suited to the kind of game you want to run.
11:28 PM

April 08, 2019
When it comes to dungeon maps, I favor utility over artistry. Maps with rendered furniture and torchlight shadows are nice, but if they’re only seen by the GM, they’re not very practical. I want maps that are clear and make layout with dungeon tiles easy. If they can convey additional information without being too busy, all the better. Given the above, I really like this map of the venerable “Caves of Chaos” I found on The RPG Cartography blog . Not only is it practical but it contains a lot of useful information without being overdone. The only thing it’s really lacking is a square grid, though that might have clashed too much with the other elements (maybe tick marks on the outside of the walls could have been substituted...?). I’m not sure how much use I’ll get out of this map, but it’ll definitely be a model for ones I make myself in the future. (Note: The first link is to a JPG of the map, but the PDF you can download from the second link is much higher quality).
Read more